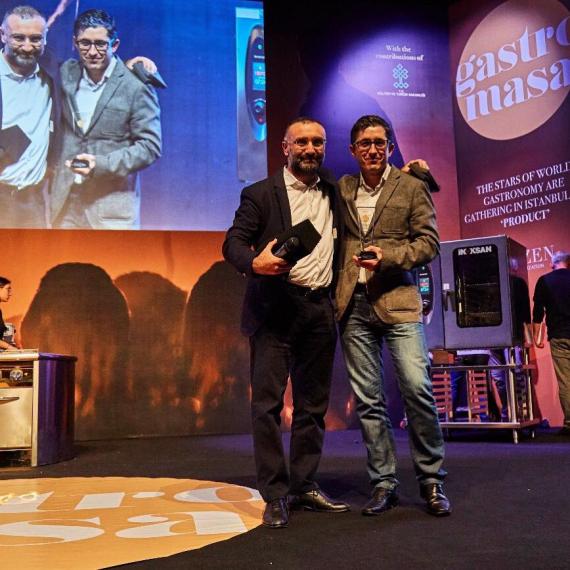 The International Gastromasa Gastronomy Conference, held in Istanbul (Turkey) has recognised the work of the Basque Culinary Center in the development of the social and economic potential of gastronomy through its range of training, research and innovation activities.

The award was collected by Joxe Mari Aizega, director of the Basque Culinary Center and recognises, among other initiatives, the launch of the Basque Culinary World Prize, a prize which was created in cooperation with the Basque Government to distinguish chefs with transformative initiatives that demonstrate how gastronomy can be a motor of change in areas such as innovation, education, the environment, social and economic development, and health, or which have a positive effect in general on the food industry.